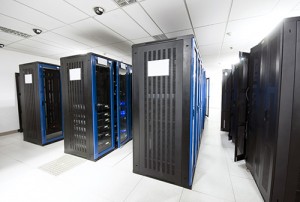 Sony in association with IBM has broken the record for Tape Drive Data storage. Sony has developed a take drive capable of holding up to 185 terabytes (TB) of data per cartridge.  The tape hold 148 Gb per square inch – beating a record set in 2010 by Fuji Japan and IBM more than five times over. With 148 gigabits per square inch, Sony’s new tapes hold the equivalent of  about 3700 Blu-ray discs which is phenomenal.
Considering the fact the world’s appetite for data usage is growing exponentially, this is a great news for all data storage companies and data centers. Tech giants such as Facebook, Youtube and Microsoft use these data centres to store all the information users upload to their services, such as Videos, photos etc. With these tapes, companies will be capable of storing more data in the same amount of space that they use today.
Sony’s new tapes are important for the tech industry, but they likely won’t have a direct impact on consumers. That’s because accessing data on a tape takes more time than it does to access data on a hard drive.
So while companies will appreciate the high storage capabilities of Sony’s tapes, consumers prefer the speedy flash drives found on their laptops, tablets and smartphones.