Home » Windows XP End of Support in April 2014
IT Support 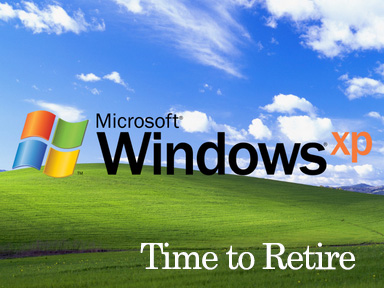 Here is an Whitepaper from IDC, which gives an insight it why should you migrate from XP as it also compares and contrasts the costs with companies having XP against operation costs associated with Windows 7. Mitigating Risk – Why Sticking with Windows XP is a Bad Idea – IDC – May 2012. As per the IDC: Organizations that continue to retain a Windows XP environment not only are leaving themselves exposed to security risks and support challenges but also are wasting budget dollars that would be better used in modernizing their IT investments.”   – IDC Whitepaper (May 2012)
Risks with using Windows XP

Photoshop moving to cloud based Subscription